Golden Bear has signed as the master toy licensee for Waffle the Wonder Dog – the CBeebies live-action comedy series from Darrall Macqueen.

The show – which follows the story of Waffle wagging his way into the lives of the newly blended Brooklyn-Bell family – launched in February with 30 11-minute episodes, with more in the pipeline, while a Christmas special is also in discussion.

“We were immediately drawn to Waffle because the show just looks so much fun and knew instantly that it would delight the CBeebies audience,” said Barry Hughes, md of Golden Bear. “The kids in the show beg to keep waffle in the household and we think parents will be happy for their children to adopt a lovely replica Waffle toy as a practical alternative to the real thing.”

Billy Macqueen, md of Darrall Macqueen, added: “We are delighted to appoint Golden Bear as master toy for Waffle. Their knowledge and experience in the preschool sector is unparalleled and with an enviable reputation for the highest quality plush established over nearly four decades, they will be a wonderful asset for our new Waffle plush lines.

“We are looking forward to our first launch in the run up to Christmas and know that the new Talking Waffle Soft Toy will really capture the essence of Waffle and be hugely popular with children who want their very own wonder dog.” 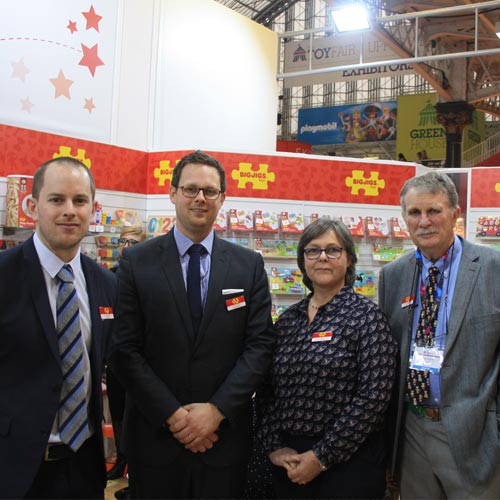