The announcement of the newest addition to the British royal family is expected to boost nursery trade over the coming months.

The baby boy – who is seventh in line to the throne – was born on Monday 6 May at 5:26am and is yet to be named. A beaming Prince Harry announced the birth on Monday afternoon, saying the couple were ‘absolutely thrilled’ and thanking the public for their support.

There has been much speculation around the new royal baby, with an entire television programme recently dedicated to the upcoming birth, in which experts spoke about the now well-established ‘royal baby effect’ and how much it is likely to be worth to the industry.

The new baby is expected to boost the UK economy by up to £1.12bn as consumers rush to buy the baby products and clothing chosen by the Duke and Duchess of Sussex.

Many gifts have already been sent to the happy couple and their new addition, with Whisbear’s E-zzy the Sloth being packaged up and sent off as soon as the news was announced, while the recent appearance of an iCandy package was enough to spark multiple news stories in the UK consumer press.

British designer Cath Kidston has also created a bespoke print to mark the occasion. Featuring saluting guards and floating balloons, the limited-edition range can be seen across teddy bears and baby-gros, as well as other collectables. 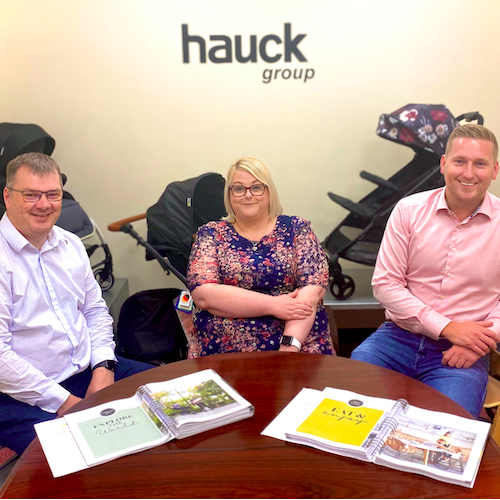