The Harrogate International Nursery Fair opened its doors this morning (17 October) after a two-year absence due to the pandemic – and exhibitors and visitors alike couldn’t wait to get back to business.

The show is running from today until Tuesday 19 October at the Harrogate Convention Centre. Such was demand from exhibitors, the organisers had to increase the size of the event to cover five halls, with all space officially selling out earlier this month.

Adrian Sneyd, show organiser, said: “After over two years since our last physical trade event, exhibitors are keen to get back to serious business with numerous new and returning brands joining the stalwarts of the show.” 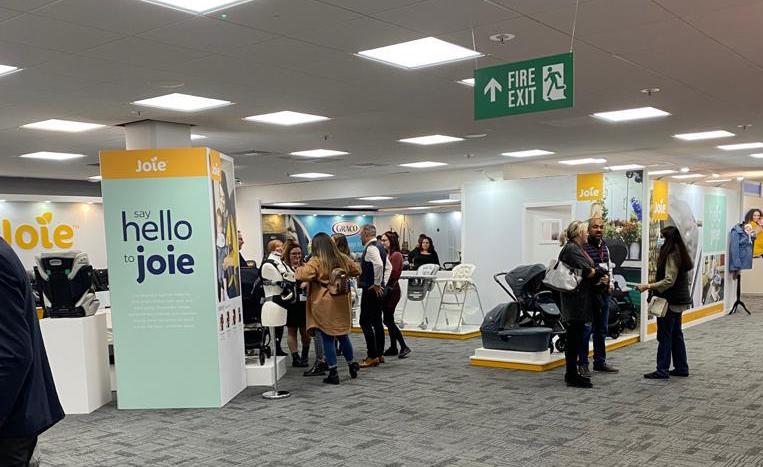 The trade will be toasting the return of the show at tonight’s after party (taking place from 5.30pm), while the winners of the Baby and Nursery Trade Awards (BANTA) are also being crowned today.

IMC Toys bolsters UK sales team
on May 26, 2022
The toy company has appointed Carolina Perez-Amaya as national account manager in its UK team....

Toys R Us announces Geoffrey's World Tour
on May 26, 2022
The retailer's new global campaign unites children across the US, EMEA, Asia, Australia and more....

Stokke reports 93.8% growth in profits
on May 26, 2022
The manufacturer of strollers and children's furniture has reported a record breaking financial year and says it's on track to double its size by 2025....

Mamas and Papas plans to grow concession business
on May 26, 2022
The nursery brand has announced plans to open 19 more concessions in Next stores, bringing the total to 33....

Simba Smoby Toys heads to Gloworm Festival
on May 26, 2022
The brand will create a dedicated Smoby Play Zone at the event as part of its family-focused marketing calendar....

Frugi goes Circular
on May 25, 2022
The leading sustainable childrenswear brand announces its partnership with Circular Textiles Foundation....
Get the latest news sent to your inbox
Subscribe to our daily newsletter